Welcome to my site! Please browse and feel free to leave comments.

Welcome to my Web site!

I would love to give a presentation or do a workshop for your writing group, book club, school, or professional organization.

For Adults:
• Introduction to Social Media: The New Revolution in Communication
• Social Networking
• Blogging 101
• Writing Workshop: Expository Writing for Those Who Must Do So at Work
• Basic Grammar for Editors and Writers
• Writing Workshop for Memoirs/Fiction/Nonfiction
• Reading Fiction: How to Discuss What You Read in a Book Club Setting

To discuss details and schedule a seminar, workshop, Webinar, or PowerPoint presentation, or for more information, please contact me at: Barbara@barbaramagalnick.com.

This introduction to social media discusses the social media scene and how to get into it and use it most effectively as a professional tool. There are chapters devoted to dealing with privacy issues and avoiding the spammers and scammers. 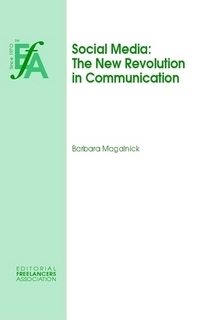 My new book on social media can be ordered through: www. the-EFA.org or on www.Lulu.com. 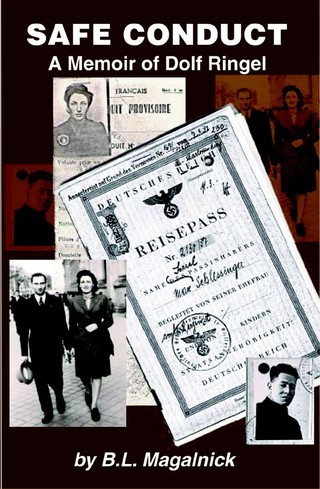 Life for Jews in Hitler’s Germany became disquieting. By the time Nazi troops marched into Poland, prompting England and France to declare war,the more clandestine war against the Jews, which had begun quietly in Germany years before, flared publically with Kristallnacht―the "Night of Broken GLass"―on November 9 and 10, 1938. Hundreds of synagogues were attacked, vandalized, looted, burnt down and destroyed. Shop windows of thousands of Jewish-owned stores were smashed and the goods plundered. Jewish cemeteries were desecrated. At least 96 Jews died in the pogrom.

Dolf Ringel and his parents had fled Germany in 1933 and settled in Amsterdam, one of the few cities in Europe at the time that would welcome disenfranchised, stateless Jews. It was a temporary welcome, though long enough for Dolf to be reunited with his friend Max and to fall in love with Totye.

As Hitler's war spread across Europe, Dolf saw his world fade away like a painting that loses its color one stroke at a time. He and his beloved Totye, accompanied by Max, fled across the borders of four occupied countries in their quest for freedom. Their perilous and difficult journey seemed doomed when they were captured in Spain and placed in jail and a concentration camp.

Yet they survived. Strangers risked their own lives to help these three young people escape from the Nazis. Their story shows us again―and we need reminding―that not even the most brutal war can extinguish our best, most human values.